You are here: Home / Archives for coffee 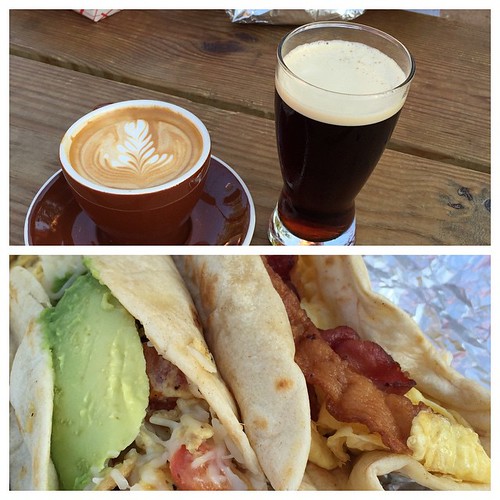 I’m not sure what is “social” about this social coffee house I went to called Taza in Arcadia, but it’s probably one of the better ones I’ve been to on this side of town.  The dark lighting and retro typewriter makes this hipster-decorated place look straight out of Silverlake or at least the hip part of downtown LA.  They walk the walk, but I was afraid they couldn’t talk the talk. I ordered a macchiato and was slightly worried that because it wasn’t on the menu, they wouldn’t be able to make it, but the barista behind the counter assured me it would be fine.  I also ordered a vanilla waffle because I can’t resist having a starchy pastry with my morning coffee.

The macchiato came out with just a teaspoon of milk on top. Perfect! The espresso under it was thick and had the right amount of tanginess.  The waffle was crispy on the outside, chewy on the inside, and not too sweet.

Sometimes, I just want to do work out of a local coffee shop that doesn’t serve 30 flavors of milk tea and where I don’t have to hear the people at the next table studying for their AP calculus exam.  Taza just might be the perfect place for that. Now if only it were walking distance of my house.