You are here: Home / Archives for nakedsushi

The last time I had dined at Liang’s Kitchen in Monterey Park, years ago, it was still full of KMT memorabilia and served Taiwanese comfort food. This recent time I paid it a visit, it was definitely changed. The menu resembles that of Shaanxi Gourmet instead of just another Taiwanese noodle joint. 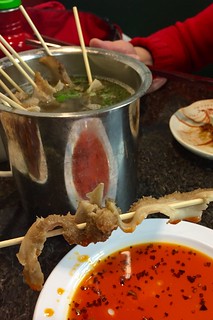 I saw there was a poster on the wall advertising some sort of offal on a stick, in a cauldron. Sounded like a safe bet, right? When it came, it was everything that was advertised: soft, chewy offal twisted around a skewer and boiled in a fragrant broth. By itself, it was fairly bland, but dipped in the plate of chili oil that also came, it was fantastic. 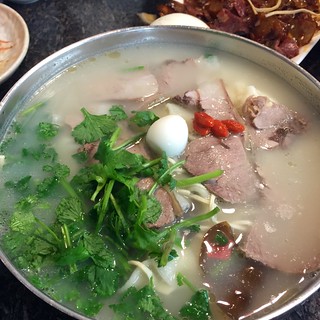 It was a chilly night, so I wanted to warm up with a warm bowl of noodles. I ordered the lamb noodle soup with wide noodles. The soup and chewy noodles hit the spot. I couldn’t resist adding a splash of vinegar to the broth, which elevated it to another level. 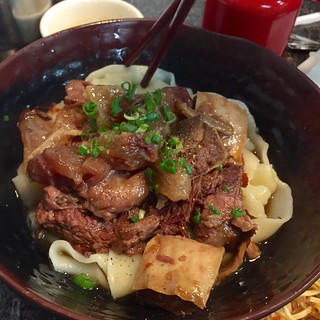 My mother ordered the dry beef tendon noodles, also with wide noodles, and was extremely pleased. The garlicky sauce and beef coated the noodles nicely and the touch of sweetness tied the whole dish together.

The old menu at Liang’s was alright, but it wasn’t something that called to us. With the discovery of this new changed menu, I think my family has a new place to add to the list of favorites nearby. 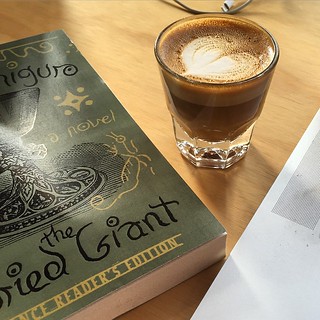 I was sipping a cortado at newly opened Dinosaur Coffee on Sunset a few days ago when I noticed something different in the popular drink served in a gibraltar glass.  It was slightly sweet.  Not as sweet as a drink from Starbucks — it was more like a sweet aftertaste.

At first, I thought they had sweetened the milk because the foam tasted sweet.  When I asked the woman behind the counter what was different, it turned out that the regular cortado at Dinosaur Coffee is more like cortadito.  They add a pinch of turbinado sugar to the ground espresso beans so that when they’re brewed, the coffee that’s extracted also has some of the sugar.

I was not expecting the sweetness, but it was a pleasant surprise. It’s also possible to get just a regular cortado without the sugar, as long as you remember to ask for it.

On the other side of the spectrum, Dinosaur also offers a bitter cortado, doctored up with their house-made coffee bitters.  The only difference from a regular (non-sweetened) cortado I could taste was the more fragrant aroma.